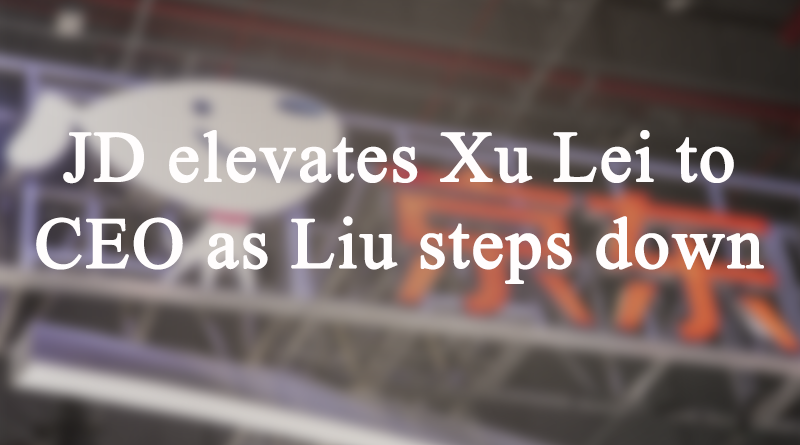 JD elevates Xu Lei to CEO as Liu steps down

Billionaire Liu Qiangdong, founder of Chinese e-commerce giant JD, stepped down as its chief executive officer on Thursday and handed over the baton to Xu Lei, president of JD.

Industry experts said the change in executive leadership at JD will further improve the company's organizational structure and ensure its sustainable development amid mounting competition from local rivals.

Liu will remain as chairman of the board and continue to focus on guiding the company's long-term strategies, mentoring younger management and contributing to issues concerning the revitalization of rural areas, JD said in a statement.

Xu, who has been with JD since 2009, will also join the board as an executive director and start the top job immediately, the company said. Last September, Xu was promoted to president of JD and was in charge of the operations and collaborative development of various business units of the company.

Prior to that, Xu held various leadership roles in the company, including that of CEO of JD Retail, chief marketing officer of JD, head of JD Wireless, and head of the marketing department.

JD's shares declined 3.24 percent on Thursday to close at HK$227.2($29) on the Hong Kong stock exchange. Xu's appointment as CEO coincides with the Beijing-based tech heavyweight's slowing growth amid fierce competition from local rivals such as Alibaba Group Holding Ltd and Pinduoduo.

Mo Daiqing, a senior analyst at the Internet Economy Institute, a domestic consultancy, said Xu has played an increasingly important role in JD, but he will face many challenges in consolidating the company's retail and logistics business, while expanding the footprint in new segments like social e-commerce and overseas markets.

"At present, JD's new business still requires five to 10 years of long-term investment, which means the losses from new business expansion will be prolonged," Mo said.

"Xu is highly regarded both inside and outside the company, and has been instrumental in both driving JD's consistently stellar business performance and formulating strategic decisions," said Liu in a statement welcoming his successor.

Liu joined a slew of Chinese technology tycoons, including Pinduoduo's Huang Zheng and ByteDance's Zhang Yiming, who founded and led their fabled startups in the role of CEO or chairman before bowing out in the past year.

According to JD's annual report released in April 2021, Liu has a 13.9 percent stake in the company but holds 76.9 percent of the voting rights.

Liu Xingliang, director of Data Center of China Internet, said Liu Qiangdong will not completely exit JD but, as board chairman, likely be involved in operational and strategic decisions.

How to Avoid Risks in Your Business? Due Diligence Now!

When doing investment or trade, we must know enough about our partners in order to avoid risks better. As the saying goes, "know yourself and know your enemy, you will never be defeated in a hundred battles.".

We are committed to making the world better to do business with China more safely.